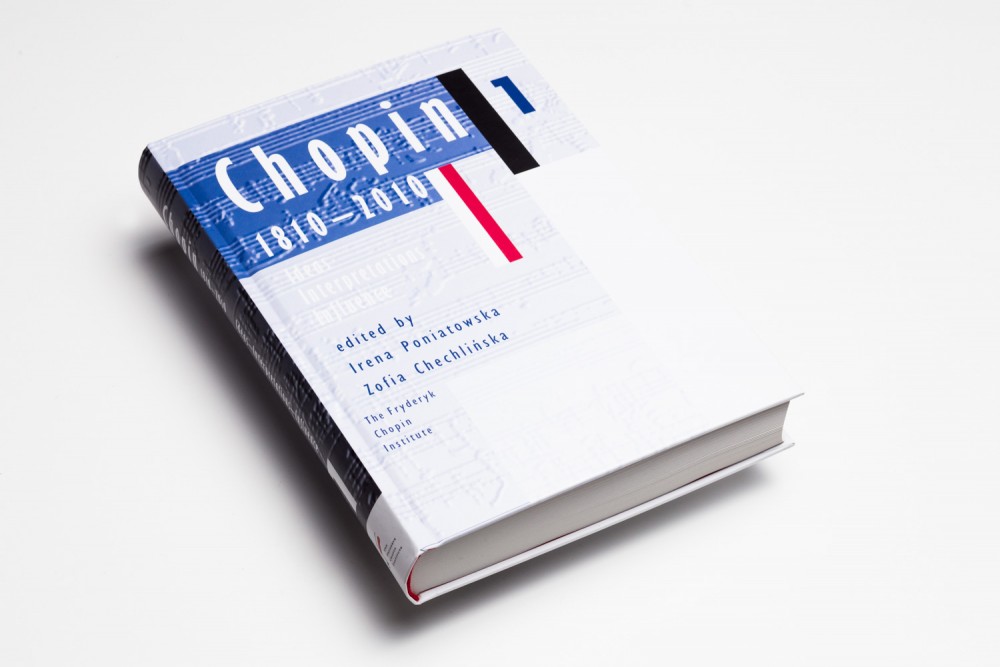 This monumental two-volume collection comprises 92 essays by scholars in more than 15 countries on several continents. The papers were originally presented to The Third International Chopin Congress held in Warsaw in 2010, which marked the 200th anniversary of the composer’s birth. Along with other recent publications, it demonstrates the vibrancy of current international Chopin scholarship. It also marks the increasing importance, influence and reach of the Fryderyk Chopin Institute, founded in 2001, which provided much impetus for the Congress and published the collection.

This is a multi-lingual volume that includes 59 chapters in English, 23 in French and 10 in German. The contributions vary considerably in length: while some are substantial, worked-out versions of the original presentations, others seem to have had little intervention beyond the original Congress text. The subject matter is remarkably diverse; one of the most unexpected contributions is Wojciech Bońkowski’s essay on Chopin and food.

Following an introduction by Irena Poniatowska, the first three essays focus on important source elements in Chopin scholarship. The first, by Zofia Helman, contains an account of the issues associated with the editing of Chopin’s correspondence for the new complete edition of his letters. The second, by John Rink, summarises some of the findings of the work that went into his and Christophe Grabowski’s Annotated Catalogue of Chopin’s First Editions, which was published in the same year in which the Congress was held. Jean-Jacques Eigeldinger’s essay on annotations by one of Chopin’s pupils on a score of Bach’s ‘48’ is less comprehensive, but nevertheless represents an important area of scholarship on which he has published comprehensively – the sources of Chopin’s pupils.

Part one of the volume follows, with contributions on ‘Chopin’s personality, heritage and milieu’. Here we find biographical studies to do with Chopin’s father, Chopin’s ancestry on his mother’s side, his education and his friendships. Wider contextual studies examine Chopin’s relationship with the University of Warsaw (including the importance to him of the visual arts), his political sympathies, his diseases and so on. Two essays focus on particular artefacts connected with the composer. Jeffrey Kallberg uses the composer’s pencil, now in the Chopin Museum, Warsaw, as the starting point for an essay on aspects of Chopin’s writing habits, while Halina Goldberg examines Chopin’s relationship with Stammbücher – the personal notebooks in which friends and acquaintances of their owners made comments, wrote short poems, or quoted pieces of music. One essay in this section, by Jonathan Bellman, examines the stylistic context of Chopin’s music, including some of the topics and gestures in the popular repertoire of the time that recur in the composer’s music.

Part two of the collection focusses on ‘Interpretations of Chopin’s music’. Some fairly traditional approaches are represented here, such as Chopin’s relationship with Italian opera, the meaning of certain keys in his music (on which there are four essays) and the question of cyclic aspects of the Op. 28 Preludes. There are also examinations of individual musical elements such as concepts of time, reminiscence, repetition, timbre and structure. Contextual studies examine Chopin’s relationship with ‘ethnic music’ and with dance styles, including the mazurka, and rather than focussing on a single dance tradition Tomasz Nowak examines the composer’s own kinetic experience of dance.

The last section of volume one of the collection contains just three essays under the heading ‘Chopin in contemporary culture’. One of these, by Rafał Ciesielski, offers comments on general aspects of reception while the other two offer more specific studies of the modern reception of Chopin’s music. Given the importance of Chopin to discussions of Polish national identity, Barbara Pabjan’s conclusions from responses by modern Poles to a questionnaire are striking: ‘in spite of the fact that Chopin is regarded as the greatest Polish composer, neither his life nor his music is well known among the mass audience […] his music is not particularly popular in Polish society’ (p. 565).

It was surprising not to read more reception studies in the first volume but many more are found in the second, the whole of which contains Part 4 of the collection, entitled ‘The influence of Chopin and his music’. In reality, however, this is a catch-all title for essays of quite widely different character. For example, Alison Hood writes on ‘Structural coupling in the coda of Chopin’s Barcarolle’ alongside other analytically-focused essays, Charles Bodman Rae discusses his orchestration of Chopin’s Prelude Op. 45 alongside an essay by Barbara Literska on 3000 nineteenthcentury transcriptions of Chopin’s music, and the aforementioned piece on Chopin’s food features.

One of the largest groups of essays in volume 2 concerns performance – sometimes Chopin’s own performance practice, but more often the performances of other Chopin exponents. Several of these essays are accompanied by audio examples supplied on a CD. It should probably not surprise us that one of the essays is about Chopin’s rubato, that much-discussed and elusive aspect of his performance style. Using the software Sonic Visualiser, recordings of thirty-eight recorded performances of the Nocturne, Op. 27 No. 2 are analysed, raising the question whether any pianist from the recording era actually uses rubato in the way described by Chopin. Another favourite Chopin performance topic – pedalling – is discussed in two chapters. Of these, Sandra Rosenblum’s is the more penetrating, as it questions the extent to which the different authentic pedalling of the French and German editions of Chopin’s music reflects his awareness of the contrasting capabilities of the two national styles of instrument.

While the title ‘The influence of Chopin and his music’ may not fully apply to all of the essays in volume 2, it certainly does to a significant number that discuss the way in which Chopin’s music has impacted on composers and listeners in various countries. We read of Chopin in Cuba, in the Czech Republic, and in Denmark, England, France, Lithuania, Russia and Spain, and of the composer’s importance to a wide range of composers including Fauré, Schoenberg, Smalley and Tchaikovsky. There are particularly moving accounts of the importance to Polish people of Chopin in the context of the Nazi occupation and the Stalinist government of their country: it is important to have captured the memories of Chopin scholars and performers who were themselves present during those times.

In a review of this scale it is not possible to capture all of the areas discussed in two volumes that comprise in excess of 1200 pages, but anyone wishing to see the way in which Chopin scholarship has developed recently would do well at least to scan through them. Certain themes are very well served, particularly those of reception and influence, where a truly global perspective is presented. There are also some rich contextual themes, such as the biographical accounts of Chopin’s family and friends, the environment in which he grew up and the dance culture that informs his style. His music is analysed from a variety of perspectives, and in the course of those discussions it becomes clear that scholars are still strongly attracted to his preludes and nocturnes – around ten per cent of the volume is dedicated to studies of these works in one form or another.

However, while there are some interdisciplinary and intertextual essays in the collection (see, for example, Magdalena Oliferko on the relationship of Chopin, Liszt and Fontana, and David Kasunic on dance), more might have been expected, especially given the strong focus that is emerging currently in these areas. Also surprising was the very limited attention paid to organology; only the chapter by Bożena Weber on Jane Stirling’s piano discusses the instruments associated with Chopin. Individual Chopin sources feature in some essays, but in general, source studies are not substantially represented. These comments are not made negatively – it is the nature of collections such as this that the coverage will reflect the interests of those who offered papers to the Congress, rather than conforming to a more tightly organised plan. Overall the contents of this collection are rich and an important resource for the Chopin community.