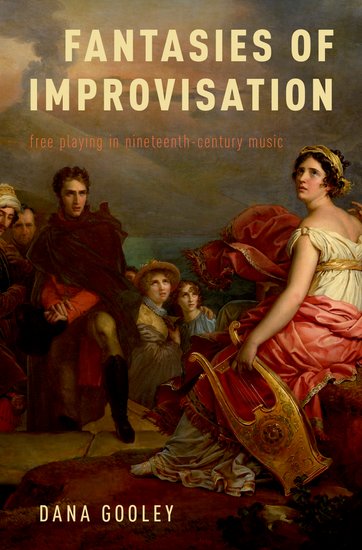 One rarely hears these days of the ‘finale problem’ that used to obsess some musicologists, especially German musicologists, namely the idea that finales of nineteenth-century sonatas and symphonies tend to be weaker than the foregoing movements. Nor is ‘das Problem Mendelssohn’ – the contention that Mendelssohn’s mature works are disappointing in relation to his adolescent masterpieces – much in vogue any more. But we do indeed still hear, for good reason, of the ‘second monograph problem’, meaning the difficulty of following up a successful first book, especially one based on a doctoral dissertation, the product of years of uninterrupted research, with an equally significant successor. Writer’s block, pressures of tenure-track teaching and family commitments often intervene. Of course, in university systems like the German, a second book (a Habilitation) is more-or-less forced upon anyone wishing a permanent post, whether the motivation and the material are otherwise there or not. The Anglo-American system is luckily a little more liberal, and this is shown to advantage in Dana Gooley’s fascinating, thought-provoking and intelligently written new book.

Gooley’s first monograph, The Virtuoso Liszt (Cambridge: Cambridge University Press, 2004), was developed in the customary fashion from a doctorate. It is undoubtedly one of the most important and frequently cited works on the composer in recent decades. He quickly followed that up with a fine symposium volume, Franz Liszt and His World (Princeton: Princeton University Press, 2006), co-edited with Christopher Gibbs, but wisely bided his time with a second monograph until he had something of originality and importance to say. Fantasies of Improvisation: Free Playing in Nineteenth- Century Music is worth the wait. It is not merely a continuation of his previous research, although it does contain an admirable chapter, ‘Liszt and the Romantic Rhetoric of Improvisation’, catalysed by it, but spreads its net more widely both chronologically and in the range of artists covered, from the oft-ignored Abbé Vogler to Wagner and Busoni, with a short digression on Art Tatum and an especially fascinating chapter on Carl Loewe. And the book is enriched by Gooley’s own practical expertise as a jazz improvisor. He himself can both talk the talk and walk the walk. This usefully underpins his lively sympathy for the challenges of the practice and justified scepticism towards the more exaggerated Romantic accounts of its manifestation.

Indeed, the problem of assessing the parameters of Romantic improvisation will necessarily bedevil any study of it. To what extent, for example, is an improvisation preceded by lavish preparation still an improvisation? If Schumann or Liszt returned repeatedly and obsessively to the same small handful of melodies, how free and varied, or how repetitive, might the resulting ‘improvisations’ have been? Writing as a pianist who has played both in cocktail bars and for ballet companies, I know personally how musicians inevitably and necessarily build up an improvisatory ‘repertoire’ of tunes and treatments. Friedrich Kalkbrenner famously went one step further into outright fraud, giving the impression that performances of his previously published Effusio Musica were an extemporisation rather than a memorisation. Fanny Mendelssohn was amusingly outraged when she later discovered the score of Kalkbrenner’s supposedly spontaneous effusion nestling note for note on the shelves of a music store in Berlin.

Gooley is, of course, well aware of all these issues. But the source material that would be necessary to resolve them does not exist. He justly laments the ‘sparse, fragmented trail of historical evidence’ (p. 8) for his chosen topic. Moreover, no one will be able to learn how to improvise in any sort of nineteenth-century style from Fantasies of Improvisation. It is no treatise or primer; one would have to head rather to Czerny’s Kunst des Fantasierens for practical tuition. But readers will instead discover a host of new and stimulating insights on Romantic conceptualisations of, and discourses on, improvisation, its reception history and the practices (so far as they can be ascertained in the era before recording) of crucial but sometimes neglected figures such as Johann Nepomuk Hummel, Ignaz Moscheles and Ferdinand Hiller, or even the hopelessly obscure but nevertheless intriguing Rudolf Willmers and Carl Maria von Bocklet. It is this combination of positivistic and theoretical bents that makes Gooley’s book so valuable. It is also a fairly unusual combination, as those interested in practice are sometimes decidedly dismissive of theory, while advocates of the latter tend to be reluctant to douse their abstract pontifications in a discouragingly cold shower of reality.

There is a wealth of new information here, but it is presented not as an end in itself, but rather to support a variety of methodological perspectives. ‘This history’, Gooley writes, ‘[…] does not start from the assumption that improvisation always challenges orthodoxies. It attempts, rather, to show how the interpretation of improvisation as resistive or subversive emerged historically’ (p. 4). Accordingly, the extempore activities of Hummel, Moscheles and Mendelssohn are seen through the lens of the ‘Kapellmeister network and the performance of community’, and Schumann’s via ‘the economisation of musical labour’ (a socio-economic approach with some echoes of Greta Wehmeyer’s Carl Czerny und die Einzelhaft am Klavier oder Die Kunst der Fingerfertigkeit und die industrielle Arbeitsideologie (Bärenreiter, 1983)).

Liszt’s relationship with improvisation, Italy and even Marie d’Agoult, the mother of his children, is explored through the looking glass of Germaine de Stael’s novel Corinne. Here Gooley adeptly argues that d’Agoult and Liszt identified respectively with the novel’s improvising Italian poetess heroine and her admiring partner Lord Nelvil. Moreover, Fantasies of Improvisation deals not only with musicians, although, as Gooley points out, even poetic renditions were often accompanied by music, effectively producing an improvised melodrama. We hear also, among others, of poetic improvisor Karoline Leonhardt-Lyser – ‘Germany’s Corinna’ – and of Hans Christian-Anderson and his novel The Improvisatore. One wonders whether the latter may even have influenced d’Agoult a little in her own novel Nelida, a lightly disguised dissection of her relationship with Liszt, written long after the searing fires of love had faded to a flicker; or whether the accompaniment Liszt improvised in 1844 to a reading of Faust contained the seeds of his magisterial Faust Symphony, first sketched out a few years later. Perhaps the closest parallel to Fantasies of Improvisation’s range of interests is Annette Richards’s The Free Fantasia and the Musical Picturesque (Cambridge: Cambridge University Press, 2001), which delves into discourses around eighteenthcentury fantasy styles with engaging flair and wit. Considered together, these two books offer indispensable coverage of the relevant genres and related aesthetic debates over nearly two hundred years of music history. An equally significant and generously acknowledged inspiration for Gooley’s work is Angela Esterhammer’s Romanticism and Improvisation (Cambridge: Cambridge University Press, 2008), which treats European literary manifestations of the ‘improvisatory imaginary’ with similar erudition and sympathy.

Deftly following on from Esterhammer, one of Gooley’s fundamental arguments is that ‘the vision of musical improvisation as a repository of a social and ethical “good” […] is ultimately the product of the early nineteenth century, and owes its initial discursive development to literary Romanticism’ (p. 5). It is a relatively short step from that to a definition of the ideal performance of even a previously finished work as somehow ‘improvisatory, a paradoxical form of praise still common in musical criticism today, and probably first encouraged by the emerging habit among mid nineteenth-century pianists of playing their solo repertoire from memory. This gave at least the visual impression of improvisation to audiences who were unused to instrumentalists playing without the score, except when the performance really was extempore. It is, after all, difficult to appear spontaneous when one’s eyes are steadfastly fixed on the music stand.

To the present reader the greatest revelation of this genuinely impressive book is the discussion – perhaps disinterring would be a better word – of the remarkable achievements of the improvising singer/pianist/composer Carl Loewe. Gooley gives a truly captivating account of Loewe’s ballad improvisation on Goethe’s Der Zauberlehrling. For once, solid musical material is available, even if only in the form of a later (and no doubt somewhat reworked) published version. In comparing this with Carl Friedrich Zelter’s setting of the same text, Gooley cleverly and convincingly ‘reverse engineers’ aspects of Loewe’s improvisational practice. Even to a pianist accustomed to improvisation, accounts of Loewe’s facility seem pretty astonishing. Yet they are demonstrably true and ultimately made comprehensible, if not less wonderous, by Gooley’s painstakingly clear analysis, which extends to other examples of extempore song composition. To happily return to Faust: ‘Das unbeschreibliche, hier ist’s getan’! (‘The indescribable here is achieved’).