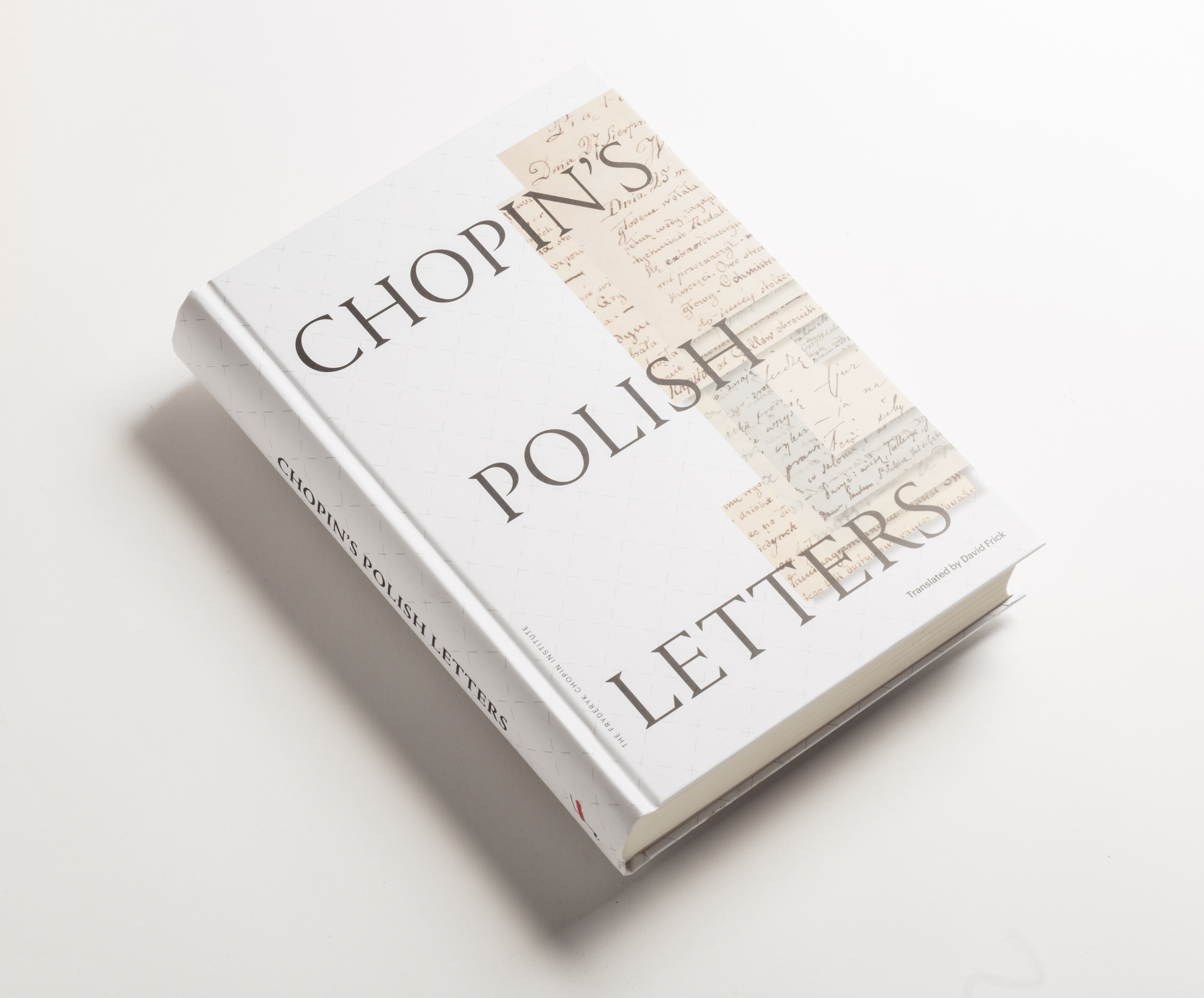 At a time when Chopin’s correspondence is beginning to recover from years of critical neglect, David Frick’s new English translation of all Chopin’s extant Polish letters is superlative in two main respects. First, it represents the most comprehensive collection of these letters to date in any language. Letters 1–80 (pre-October 1831) derive from the Warsaw University critical edition of Chopin’s correspondence, the obvious authoritative source for any translation, but as only the first volume of that edition had appeared when the translation was undertaken,Korespondencja Fryderyka Chopina [KorFCh], vol. 1, 1816–1831, ed. Zofia Helman, Zbigniew Skowron and Hanna Wróblewska-S traus (Warsaw: Wydawnictwa Uniwersytetu Warszawskiego, 2009); vol. 2, 1831–1839 (Warsaw: Wydawnictwa Uniwersytetu Warszawskiego, 2017). Vol. 3 (1839–1849) is in preparation. See Zofia Helman-Bednarczyk, ‘The new edition of Chopin’s correspondence’, Musicology Today 13/1 (Dec. 2016), 4–20. I am grateful to Jan Czarnecki for his assistance with aspects of Polish-English translation and for providing remote access to original-language editions of Chopin’s correspondence. the remainder of the letters (81–286) have been taken from Bronisław Edward Sydow’s obsolescent edition of the correspondenceKorespondencja Fryderyka Chopina, ed. Bronisław Edward Sydow and Janusz Miketta, 2 vols. (Warsaw: Państwowy Instytut Wydawniczy, 1955). Helman-Bednarczyk notes that Sydow’s edition ‘has many strong points, but has become largely outdated’. Helman-Bednarczyk, ‘The new edition of Chopin’s correspondence’, 4. and supplemented by Krystyna Kobylańska’s 2010 edition of Chopin’s correspondence with George Sand and with her children.Korespondencja Fryderyka Chopina z George Sand i z jej dziećmi [Correspondence of Fryderyk Chopin with George Sand and with her children], ed. Krystyna Kobylańska, 2nd edn. (Warsaw: The Fryderyk Chopin Institute / Państwowy Instytut Wydawniczy, 2010). Apart from the specific problems stemming from Sydow, which I consider below, the value of this English translation is compromised by its inability to follow any single critical edition.

Second, the collection stands as the most accurate English translation of the letters yet, effectively supplanting the two previous efforts in this regard.Chopin’s Letters, tr. Ethel Lilian Voynich, ed. Henryk Opieński (New York: Alfred A. Knopf, 1931); Selected Correspondence of Fryderyk Chopin, abridged from Fryderyk Chopin’s Correspondence, collected and annotated by Bronislaw Edward Sydow, tr. and ed. Arthur Hedley (London: Heinemann, 1962). Jeffrey Kallberg provides a brief evaluation of these English editions in his Preface, Chopin’s Polish Letters [CPL], 15 n. 1 In his Preface to the volume, Jeffrey Kallberg sings the praises of Frick’s translation for revealing the author’s ‘voice’ in all its peculiarity:CPL, 15ff. Frick excels at conveying Chopin’s sense of humour and verbal playfulness, attending to such features as puns, vocal mimicry, translingual orthography, anecdotes and joke-telling. If Frick’s translation adheres closely to the original Polish, it also tends towards mere pedantry. The result is a strangely formal tone at odds with the intimacy that infuses so many of Chopin’s letters, not least those addressed to a handful of (usually male) friends. To pick an example almost at random, we read in an undated letter to Julian Fontana: ‘I send you a stalle for Musard, but be so kind as not to sit down, because they’re my acquaintances, with whom I promised to be, but cannot.’Ibid., 265. More bizarre still are sentences such as this postscript from another undated letter to Fontana: ‘Carry a bullet in your soul, and falter, but don’t let anyone see this by the jut of your nose’;Ibid., 265. and this, from a letter of 29 September 1839: ‘Stick a finger in Osławski, and blow a trumpet at the young Niemcewicz intertwined with Orda.’Ibid., 314. The eccentricity on display in this collection which Kallberg so admires is at least partly a product of Frick’s all-too-literal rendering of Chopin’s Polish. 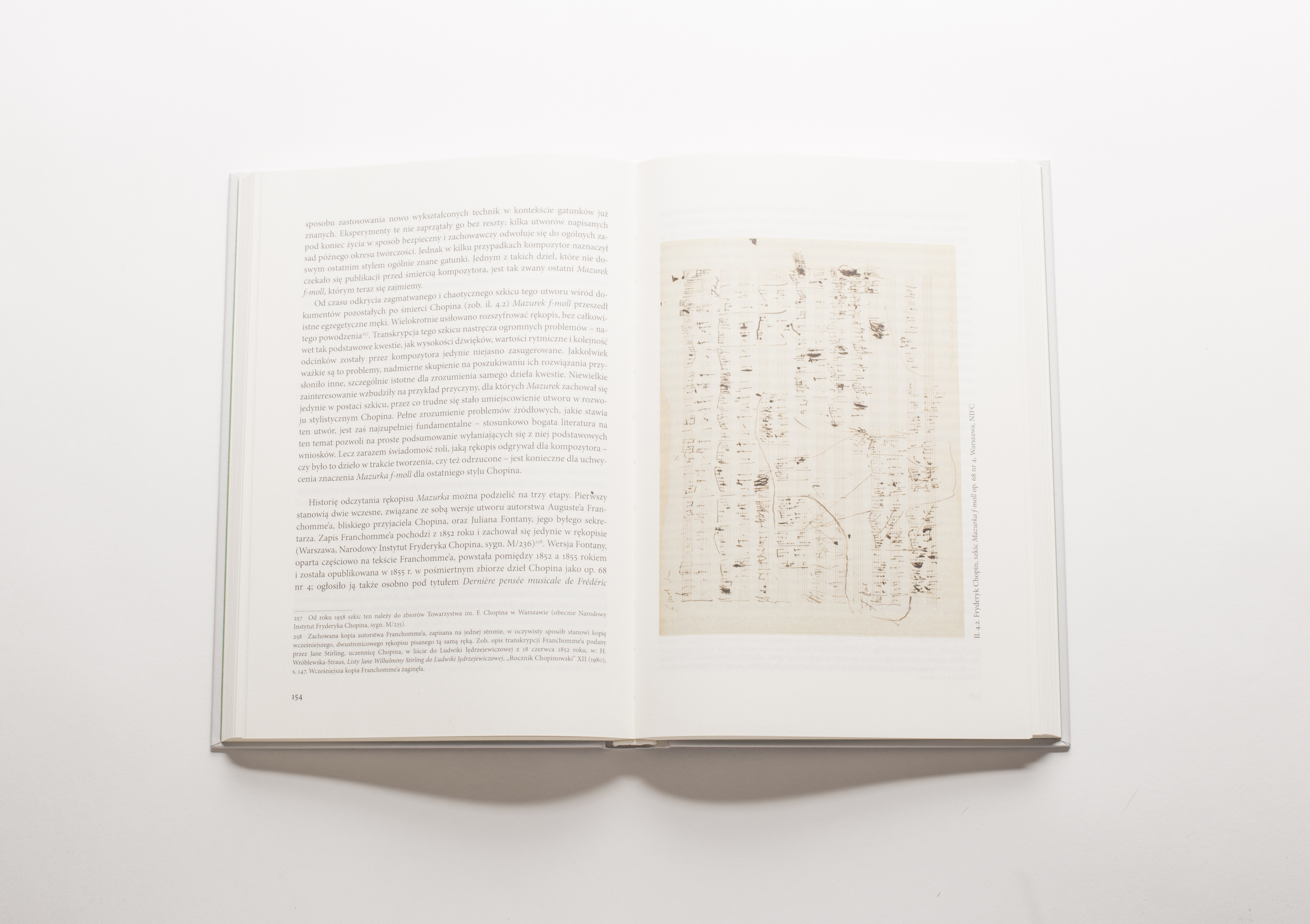 It doesn’t help that the editor John Comber has supplied so little by way of explanatory or contextual notes about the various references and allusions in the letters, however private or recondite. Comber’s remarkable admission that ‘in general this is not intended to be a scholarly edition’ may account for this lacuna,Ibid., 21. although he was only seeking to justify editorial modifications to orthography and to layout. In its very eschewal of scholarly rigour, the collection has arguably missed its target of a popular, non-specialist readership: the fewer contextual notes there are, the less likely the reader is to appreciate the letters themselves or, at times, even to understand them at a basic level of comprehension. The majority of the footnotes are devoted to purely linguistic devices, while the biographical information about Chopin and his correspondents, provided in a preface to each chronological section of the book and in an appendix, either reads like a dry entry in an encyclopaedia or is simply too general to allow even the specialist reader to make real sense of the contents’ finer details.

Chopin referred in his letters to all the latest French, German and Italian operas, typically translating the titles into Polish, and it is therefore appropriate that Frick provides these in English. By contrast, in a somewhat redundant gesture, full titles and English translations of every opera Chopin mentioned are given in footnotes (‘The freeshooter’, ‘The clemency of Titus’…),Ibid., 163, 205. yet the reader is spared contextual historical information about those operas or Chopin’s contact with them.For example, in his letter to Jan Białobłocki of 8 January 1827, Chopin enclosed ‘two arias’ for female voice from Weber’s Freischütz. Which arias these were or in which publication has not been indicated. CPL, 84. There is a lack of musicological insight in the few instances where the translation may have demanded it, for example in Frick’s use of ‘transpose’ for forms of the verb przekładać (‘to translate’) in contexts where the meaning probably lies closer to ‘transcribe’ or ‘arrange’.e.g. ‘[…] a collection of arias and other pieces by Rossini very well transposed for solo piano in Vienna at Diabelli’s’ (CPL, 74); and ‘[Czerny] has again transposed some overture or other for 8 pianos and 16 people and is quite pleased with it’ (ibid., 203; my emphases). KorFCh, vol. 1, 169, 445. Otherwise, the precision of Frick’s text almost seems designed to offset the air of uncertainty surrounding Sydow’s edition, on which the bulk of the translation is based. Frick himself admits minor doubts about Sydow’s edition,.e.g. CPL, 242 n. 1; 268 n. 53. but unwittingly reproduces some of that edition’s graver misunderstandings, too, for example in the postscript of Chopin’s letter to Fontana of 8 August 1839.CPL, 310. For more on this postscript (including a correct translation based on the forthcoming volume of the critical edition), see Helman-Bednarczyk, ‘The new edition of Chopin’s correspondence’, 13.

‘The great gift of this new translation’, Kallberg concludes in his Preface, is ‘the chance to eavesdrop on Chopin, to insinuate ourselves into his perception of his contemporary world, and to better understand his place in it.’ I suspect I am not the only one to detect a note of voyeurism (though by no means specifically erotic) in the invitation to peer into Chopin’s private realm. If, as Kallberg adds, the letters ‘cast light on a more private domain of inventiveness’,CPL, 19. it is really the collection, not the correspondence itself, that looks inwards, focusing as it does on Chopin’s own language and then in a sociohistorical vacuum.

For all its novelty and attractiveness, this new collection of Chopin’s Polish letters does not challenge Adam Zamoyski’s old observation that the composer’s correspondence ‘betrays little about [his] emotional life, let alone his sexual habits […], makes no judgements on other musicians or composers, and gives no clue as to how Chopin considered his music or how he felt about creating it’.Adam Zamoyski, Chopin: A Biography (London: Collins, 1979), 297. At least, then, we can enjoy Chopin’s idiosyncratic use of language and amuse ourselves with his curious perceptions of the world he lived in. Or can we? Far from revealing in Chopin one of the unsung epistolarians of the nineteenth century, Frick’s translation suggests rather a reluctant correspondent who held doubts about his capacities for writing prose. Nevertheless, the style and content of Chopin’s Polish letters, as well as their wider implications for scholarship and for popular reception today, are by no means as perplexing or as opaque as this English anthology would have us believe.